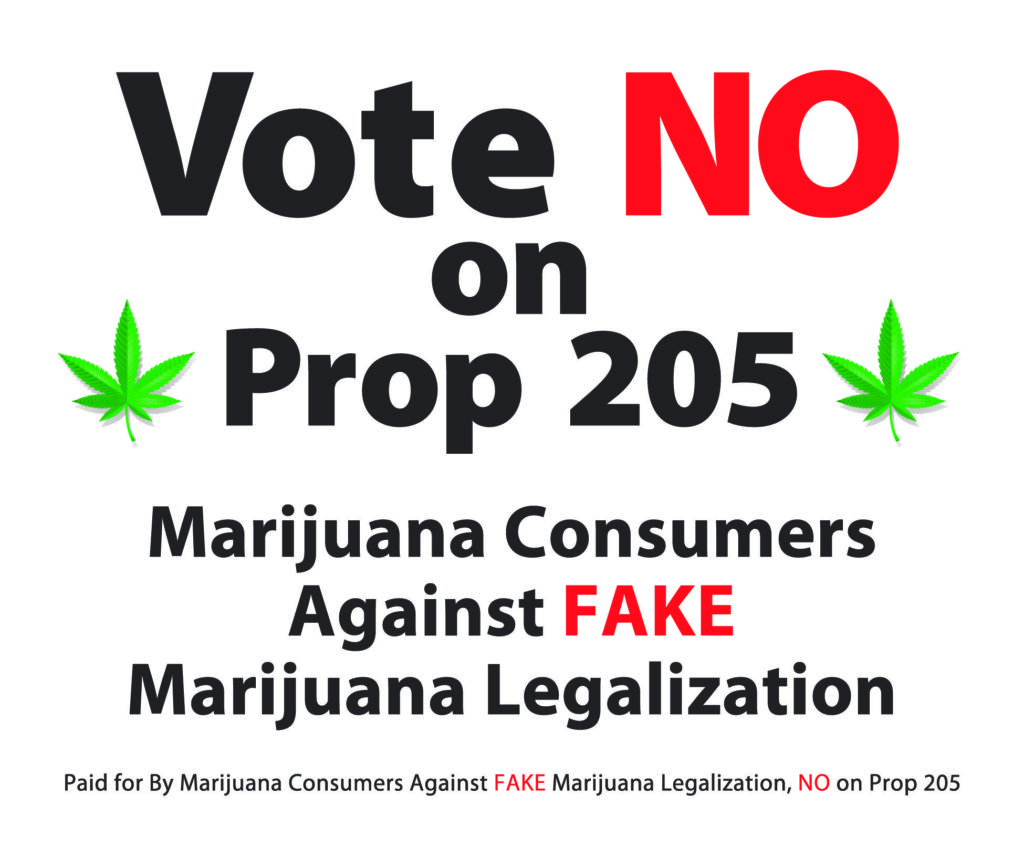 Friends and Supporters in the Arizona Marijuana Community,

Now we’re asking you to make an easier decision.

Today, we’re asking you to choose between RIGHT and WRONG.

Proposition 205 is clearly WRONG for Arizona in every way!

To learn more about why Arizona’s Marijuana Consumers, Medical Marijuana Patients, and Smoke Shops are all Voting NO on Prop. 205, please check out the full list of reasons.

Thank you for your continued support!